Stories of CCX: How an Associate Full-Stack Developer Balances Full-Time Work and School 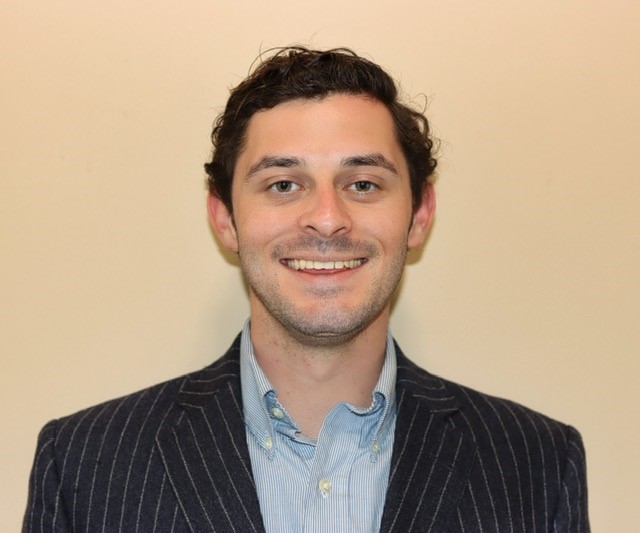 When Jonathan Hall started his degree in Computer Science at Wake Tech, he didn’t expect his career to have so much to do with Salesforce.

“I had heard a little bit about Salesforce in general, just because my sister is the admin of another company,” he explains. “But I hadn’t heard anything about Salesforce through Wake Tech or any of the classes having to do with the whole digital transformation space.”

It isn’t surprising that Jon didn’t find much about Salesforce in his computer science studies. While customer relationship management (CRM) tools like Salesforce have developed major footprints in the tech space, they’re not necessarily what people think of when they consider development. Most schools don’t include anything about CRM technology in their computer science curriculum, even though CRM development is a $69 billion industry.

But in his third year in school, Jon was open to anything that might give him an opportunity to learn more beyond the curriculum. Computer science degrees are a good foundation for a new developer, but most dev skills can only be learned through hands-on-experience. Jon took a proactive approach in finding these opportunities, going to information sessions and career events, and eventually found his place at a virtual job fair hosted by Wake Tech.

“I saw CommerceCX was there and Vinay [Toomu] was hosting their virtual booth. And so, I chatted with him for a second and then he invited me to a video call, and we spoke for 20 minutes or so,” Jon explains. “I was specifically interested, so I followed up with him after and then I think he connected me to Rick [Williams], who I had several meetings and calls with. That’s how I first found CommerceCX and it ended up resulting in them offering a full-time position. And now here I am.”

CommerceCX is Jon’s first experience working in tech and like others who are newcomers, or who have transitioned careers, he felt uncertain at first.

“I felt like I was floating around for a minute, and I needed some more direction or another task or somebody to check in and have this development track conversation with. So, that’s when I reached out to Rick.”

CCX Academy Director Rick Williams says that this stage of uncertainty is just a part of the process, and he was happy to meet with Jon to help him evaluate his progress—though he was also quick to point out he didn’t have any experience with the technical skills that Jon’s role as a developer demanded. But Jon didn’t really need technical support; he just needed support.

“I think it could just be lending a listening ear, I think it could be suggestions on next steps, it could be direction, or whatever they’re seeking,” Rick says. “And I think that’s—there’s tangible progress that happens after a meeting like that. And that’s helpful for just finding their place in the organization.”

Rick directs CommerceCX’s internal training program CommerceCX Academy and is familiar with new recruits to the organization needing some time to get their bearings.

“I think that’s just the nature of the space we’re in, right, because there’s a lot of individuals that are coming from outside the tech space, outside the Salesforce space, into this organization,” he says. “And I think it’s kind of a perfect storm of having a new career, new direction, being in a place that is unknown to you. But it’s also a space that fosters independence.”

Independence can sometimes feel a lot like being lost, especially at first, and it can take time for new people to learn to find their way. Part of how Rick supported Jon was just affirming that it was okay to need time to adjust to CommerceCX’s model.

CommerceCX’s success has historically always come from fostering independence and self-direction. The company prides itself on its committed, leaned-in folks, but that attitude can take some time to get used to. But it’s also proven to work. Dutch home care service Buurtzorg has become industry famous for its culture of self-management; the company employs over 15,000 nurses but only 45 administrators. Buurtzorg founder Jos de Block attributes the organization’s success to its driven, self-managing teams, saying that giving his people autonomy and the freedom to make their own decisions drives them to take ownership of their work. Buurtzorg is one of the most successful home healthcare services in the Netherlands and has become a model of functional healthcare servicing across Europe and the United Kingdom.

For Jon, being able to manage his work pace and schedule has directly contributed to his ability to work full-time while staying in school. He’s currently just about to go into his final semester at Wake Tech while still working full-time at CommerceCX. Handling that responsibility is a challenge, but Jon takes ownership of it: “It’s what I signed up for.” And it helps that people understand his workload.

“Ever since the first day, Rick and Vinay have been very communicative about how if I have a lot going on in school with big projects or exams or something, that I should feel free to communicate that to them,” he says. “They’re mindful to not overtask me and have also given me the leeway to say if I feel like it’s too much and we’ll adjust things as we see fit.”

Having the freedom and flexibility to manage both school and work together lets Jon optimize his attention between important projects in both spheres effectively, keeping him from having to split his attention.

This independence and self-guidance felt like being lost at first, but with the help of people like Rick, he’s found a balance between self-direction and support.

“Everyone’s been super welcoming and helpful,” Jon says. “Sometimes there’s things I don’t know how to do, and I just haven’t been able to find the answer. And at that point, I can usually reach out to Venky [Muppalaneni] or Santosh [Gopu] and they’ll take some time and work with me to figure it out.”

He is also quick to mention coworkers like Vicky Gaudet and Abhinav Kancharla, who work on other teams but are still happy to help when he reaches out. Good communication is integral to forming lasting relationships, in life and in work, and CommerceCX prides itself on creating environments where people feel they can speak up and ask questions. Jon says his ability to communicate is probably the most valuable skill he’s brought from working outside tech.

“I’m definitely not hesitant to ask questions or—or you know, speak up when I need to. There’s so many situations where you need to speak up or ask something, whether it’s a positive thing or something that needs to be expressed for your sake or the sake of the team.”

Rick agreed to continue meeting with Jon as he progressed within the company, and they continue to touch base informally. This has galvanized Jon’s outlook and he is currently working on integrating what he’s learning at Wake Tech with his work at CommerceCX. Jon is eager to learn more about full-stack web and application development and how to help improve customer experience.

“It’s definitely been a lot of new things and a different dynamic than jobs I’ve worked at before. And it’s been a little confusing or challenging at first to integrate into this new dynamic. But with the support of CCX I feel comfortable and solid now.”