Stories of CCX: How the Director of CCX Academy Gives His Workplace an Education in Support 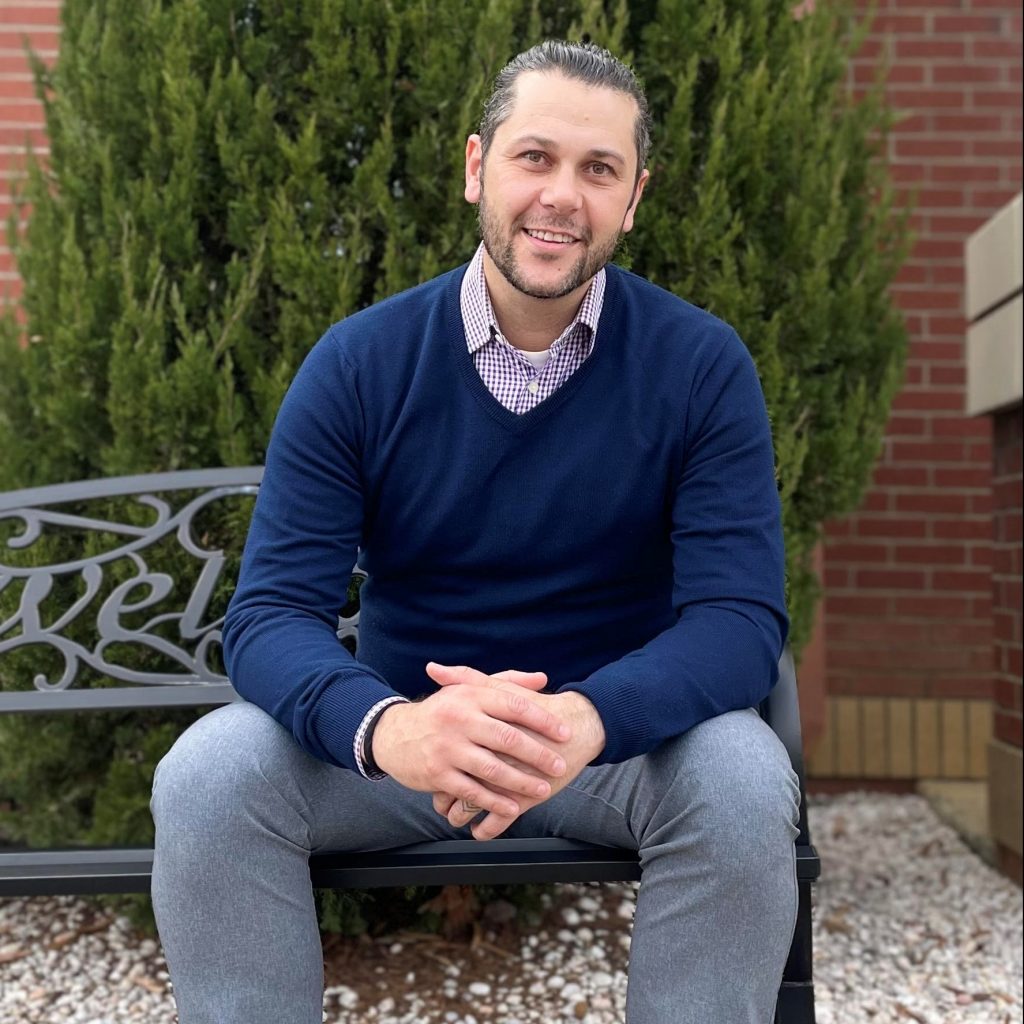 When you take a wander through CommerceCX, there’s a good chance you’ll catch a glimpse of Rick Williams. You might find him working from his office at company headquarters in Cary, North Carolina; catch him listening in on a product demo on India time; or even just overhear how he helped out a coworker when they needed it. Since starting his position as Director of CommerceCX Academy in 2021, Rick has always tried to be someone his coworkers can reach out to for support.

“Rick and I chat pretty often,” says associate full-stack developer Jon Hall. “We’ll have informal sessions and information downloads. He’s a good confidant and mentor to check in with.”

Jon first met Rick during his initial interview process and says that Rick has always made sure to offer support if needed, even if he isn’t able to solve the specific problem they are facing.

What Jon describes sounds a lot like what organizational psychologist Adam Grant would call a “giver;” someone who looks for opportunities to help others, provide support, and share knowledge, without any expectation of reward. According to Grant, givers’ focus on helping others can improve business “by every metric we can measure,” simply by bolstering their team.

“I think it could be comfort, it could be lending a listening ear, it could be direction,” Rick says, about some of the needs for support his colleagues have brought to him. “It could just be suggestions on next steps. I think there’s tangible progress that happens after a meeting like that.”

That tangible progress comes in the form of higher profits, improved morale, increased employee retention, and a true sense of trust, which business coach Charles Feltman says is an integral factor in successful businesses.

Givers are invaluable, but Grant warns that it’s easy to burn them out. People only have so much that they can give and if they’re taken for granted, they can lose their ability to help each other. So how has Rick maintained his giving attitude? It all comes down to support and flexibility.

It started, as most things do, in middle school.

“I spent fifteen years in education,” Rick says about his previous experience. “And I started to think, should I spend the next fifteen years doing the same thing? Or is this a time to pivot?”

Rick made a name for himself as a giver in the Wake County Public School System long before he ever heard of CommerceCX. As a principal, he supervised the education of thousands of children, managed schools with dozens of staff, and personally oversaw the opening and inauguration of a new middle school in Cary.

But thirteen years is a long time to spend in middle school and Rick was starting to feel some strain. Public education is a rewarding but famously pressure-filled sector that doesn’t often allow for good work-life balance.

“It’s not about the physical time. It’s more about the mental space. The ability to be more present.”

Rick remembers moments of accidentally speaking to his kids in his principal voice or accidentally treating his wife like a teacher. Having to be “always on” blurred the boundaries between being a principal and being a dad, impacting both roles. When he got a call from the parent of two of his previous students, Rick saw his opportunity.

“Vinay and I were just chatting and catching up and he asks, ‘is there anything else I can do for you?’” Rick remembers. “I said, ‘not unless you have a job for me.’ And he said, ‘actually, let’s talk.’”

It was a stroke of serendipity—CEO Vinay Toomu had been thinking about establishing an internal training system for interns and new employees, but wasn’t sure where to start. Having someone with experience administrating entire schools was a stroke of luck, especially since growing up near Silicon Valley had already given Rick a taste for tech.

“I was lucky to bring Rick in when he was looking for a change in career,” says Vinay, who reached out to Rick after donating to a fundraising campaign the former principal organized. “Rick was super instrumental in building up CommerceCX Academy and being one of the people in the organization who had a lot of touching base with other employees, making sure that they felt like they were heard. And that really improved the morale of the folks in the firm.”

Most people in the tech industry don’t have “Middle School Principal” on their resume, but Rick’s experience teaching was foundational to establishing CommerceCX Academy, an internal training program that he continues to direct. His support has been a defining factor in trainees’ success and team morale. But it’s not one way—Rick has had his own learning experience adjusting to the tech space and stresses how important others’ support has been in his journey.

“I do think that everybody in this company is pouring into me and helping me grow as a tech leader,” he says. “They have patience with my learning curve, and I want to do the same thing. People are mentoring me and providing patience and grace and opportunity and I’m going to do the same for them.”

This atmosphere of support and flexibility has been key in helping Rick avoid the kind of burnout Adam Grant warns against. CommerceCX supports fully remote, on-site, and hybrid working models for its employees and while Rick prefers working on-site, having a hybrid option has transformed his relationship with work.

“One day, my daughter was having some trouble on the bus, and she needed me to come get her,” he says. “I was working at the time, but I was able to stop and go get her and take care of her, and then later that night I finished the work I needed to take care of. My previous career didn’t have that flexibility.”

People have written countless articles and think pieces in the past few years about the impact of remote work on people with childcare responsibilities. According to Forbes, the general consensus is that workers love it and managers fear it, convinced that employees will be distracted by their home lives.

CommerceCX has a different outlook: that giving people the time they need to resolve issues at home lets them approach their work without the distraction that comes from worrying about other responsibilities. Research conducted in the wake of the 2020 shift toward remote work has supported this, showing that freedom to take care of outside responsibilities actually makes people more dedicated to their work. This has certainly been true for Rick.

“I’m more willing to be available for people at work and be more open, because I know I have that flexibility,” he says.

The company needs that flexibility too. His role as the Director of CCX Academy means frequently working the team in India and Vasanth Mosoor, the Director of India Operations—all with a ten-and-a-half hour time difference. A time difference that great is tough to manage but Rick still shows up every time, even if it means jumping on a Teams call at 1am EST to celebrate a group of CCX interns graduating from their CCX Academy training course.

According to Rick, he’s just returning the favor.

“If Vasanth tells me, ‘we have an intern celebration and I’d like you to present at 1am,’ I’ll do it because I know I can sleep in the next day and come in a little late to make up for it,” Rick says. “I’ll do it because I can go get my daughter off the bus.”

If givers’ biggest gift to their workplace is lifting up their fellows, then Rick certainly does his share. But he’s the first to point out that he’s able to put that effort in because of the effort that CommerceCX puts into him. Building a supportive atmosphere at work is worth the investment—and it starts with support, flexibility, and understanding that people have responsibilities outside work.

“I’m a loyalist at heart,” Rick explains. “I want to give my best and be loyal to an organization and to colleagues that are pouring into me, and who recognize that work isn’t the end-all-be-all. You don’t need to make your job your identity. You can make your identity as a father, as a friend. I think there’s freedom at CommerceCX to do all of that.”